Guido Cannetti’s outlook on his purpose and fighting career has vastly changed for the better.

The 42-year-old UFC bantamweight struggled for many years to feel fulfilled and content with his MMA career after suffering disappointing setbacks. However, making another return to the octagon this Saturday against Randy Costa (6-3 MMA, 2-3 UFC) at UFC Fight Night 211, Cannetti (9-6 MMA, 3-5 UFC) feels happy and at peace with not only what he’s done in the sport, but also for what may be ahead.

It’s a feeling that evaded Cannetti for many years, but mentally speaking, he’s finally arrived at the place he’s long been searching for.

“Man, we’ve done interviews with me crying and others like today where I’m feeling my best, I’m happy, smiling, and giving it my all,” Cannetti told MMA Junkie in Spanish.

“With that alone, I’m at peace. Feeling great, that for me, it’s glory – being able to get to where I wanted to get and how I wanted to feel. Because I just wasn’t able to find a way to show up in a way where I could feel good and give it 100 percent. Now that I’m doing it, I feel joyful. I know Randy Costa is going to fight the best Guido ever.”

Everything changed for Cannetti after his most recent bout in March. With a first-round TKO over a tough Kris Moutinho, the Argentine was able to snap a three-fight losing streak that spanned almost four years.

It was a huge relief for Cannetti, as he hadn’t tasted victory since 2018 and felt he was fighting for his UFC job. But beyond being a winner, the true liberation came from the way Cannetti felt in the cage.

Cannetti, who entered the UFC with a lot of promise after competing in the first season of The Ultimate Fighter: Latin America, felt he was underperforming and never thought he lived up to expectations – even in his UFC wins. It was a strange feeling that had him doubting if he was cut out anymore to fight at the UFC level.

A radical change in nutrition and training ahead of his last fight, had Cannetti finally feeling like himself, which is all he asked for.

“In this last one, I showed up like never before,” Cannetti explained. “I felt incredible. And for this one, I think I’m coming in a little better, so I think this fight will show me where I’m truly at.

“If I win, then there’s more to give. And if I lose, well, I’m happy with how far I’ve come, but I’ll probably keep training, keep getting better and fight again. This is a decisive fight to see if the Guido that made those changes can continue in this manner or if it was, I don’t know, a luck factor, which I don’t think it was – I truly feel great.”

Cannetti feels the best he’s ever felt in his career – even now being in his early 40’s. He’s hoping this could be the start of a run of victories to finish out his fighting career.

“I hope that things turn out well, I really deserve it,” Cannetti said. “Maybe I’m not champion, but I could win a few consecutive fights and end my career with a little more money in the bank, so I could be more at ease and finish feeling happy, which is what I looked for the most.”

No matter the result on Saturday, Cannetti is just happy he was able to persevere all these years, and finally get the type of performance he wanted. He hopes his story is an example to those who are struggling to live their dreams.

“The worst part about this sport is the result,” Cannetti said. “Winning and losing is what makes you compare yourself with others, and that can truly hinder you from really finding yourself and finding growth, as you’re looking at others. When you truly can judge yourself not based on your success and be able to look at the person who started training vs. the person that’s living today, and see how you improved over the course of time, that’s what’s truly important.

“If you’re going through a tough time, and bad things are happening, those are all just learning lessons. Keep moving forward because one day the sun will rise. All those things that are a struggle, in time it will be glory. Even if it seems that moment will never come, it will.” 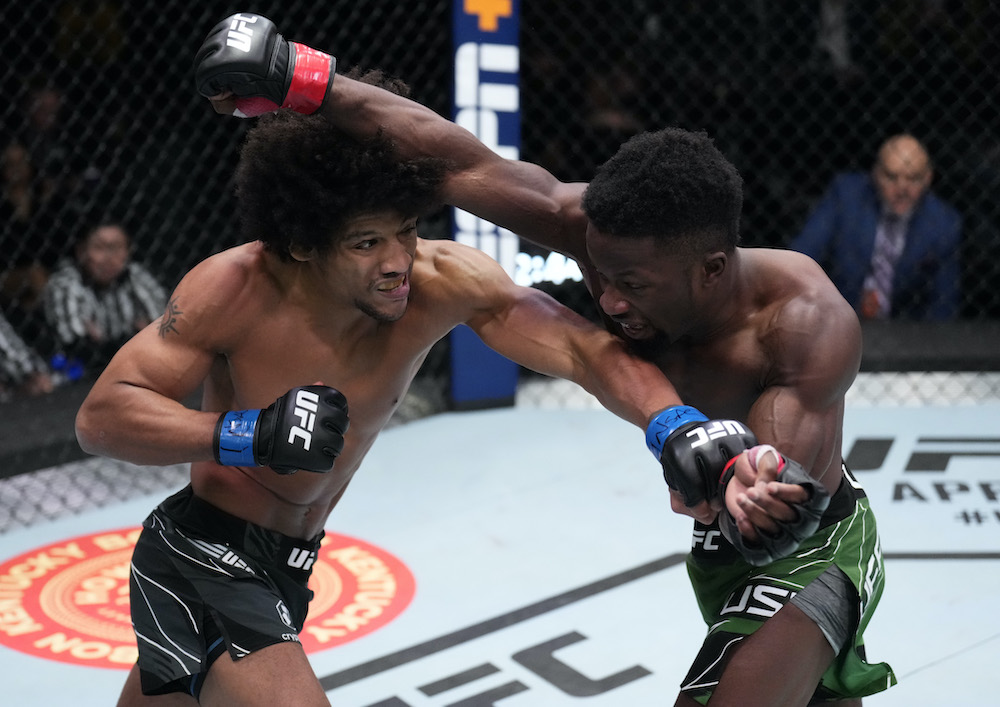 UFC’s Guido Cannetti finally at peace after struggling to cope with fighting career: ‘I’m happy with how far I’ve come’