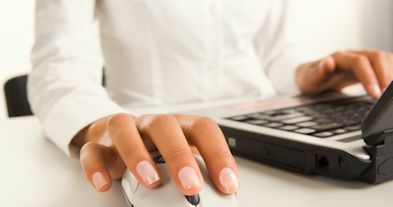 MCRO is an online platform for public access to state district court records and documents, allowing the public to search for and retrieve public court documents without having to go to a court facility or the State Law Library. Since its launch in March 2021, more than seven million district court case documents have been downloaded through the application, with nearly 800 new downloads occurring every hour.

“When the Minnesota Judicial Branch set out to develop a fully-functional remote access product for court records and documents, our goal was to increase access, transparency, and convenience in our court system,” said Minnesota Supreme Court Chief Justice Lorie S. Gildea. “MCRO is one of the most notable innovations of the Judicial Branch, and it is effectively meeting the high demand for information in a manner that is accessible and responsive to the people we serve.”

MCRO has been well-received by the public and attorneys. In June, the application received the President’s Award from the Minnesota State Bar Association for providing outstanding support and assistance to the legal profession.

Implementation of MCRO Access Fee Suspended
The Minnesota Judicial Branch had initially planned to apply an $8 access fee to view, download, or print uncertified digital court documents longer than one page through MCRO once this phase of the project was complete. That fee would be the same amount as the fee for copies of uncertified court documents at courthouses, per Minn. Statute § 357.021, subd. 2(2), with all revenue generated being deposited into the state’s General Fund.

During the 2022 Legislative Session, both the Minnesota House of Representatives and the Minnesota Senate approved legislation to eliminate the statutory fee on uncertified copies of court documents online through MCRO and at a courthouse. However, the proposals were included in broader omnibus bills that were not passed into law.

“Given the bipartisan support for eliminating the fee on uncertified copies, the Minnesota Judicial Branch is suspending the implementation of the access fee in MCRO to give the Minnesota Legislature more time to address the issue in the 2023 Legislative Session,” said Jeff Shorba, State Court Administrator.

The statutory fee on uncertified copies of court documents printed at courthouses and from court administration remains in effect.