Gamescom 2022 is live this week, and there are a ton of new video game announcements and surprises in store from today until this weekend.

Here are all the news and announcements, collected under one big feature. We’ll be sure to update this hub page with all the biggest Gamescom reveals big and small since the event is still ongoing.

Not quite a Gamescom 2022 reveal, but it happened an hour before the Gamescom 2022 Geoff Keighley show, so it kinda counts. Destiny 2’s big story expansion is getting a new level (Neptune’s lost neon city), new enemies (purple Cabals & Tormentors), and new Darkness powers called Strands which lets you grapple hook your way through the game.

How to make a Dead Space game without calling it Dead Space, from the creator of Dead Space back in the late 2000s. This sci-fi survival action game features dismemberment and on-the-fly mutation to make fights more tense and tough.

The spice must flow! Funcom (Secret World) will be making a new MMORPG with survival elements based on the Dune novel/film franchise Why else would Paul Atreides look like Timothée Chalamet in the trailer?

Sonic Frontiers has a release date: 8th November 2022. We knew about this a while ago, but it’s now made official.

The upcoming adventure game from a team led by original Monkey Island creator Ron Gilbert has a release date: 19th September. That’s when International Talk Like A Pirate Day is happening!

New Tales From The Borderlands

As mentioned earlier, New Tales From The Borderlands will be out on 21 October for PC and consoles. The new story takes place in Promethea and you determine the fate of three underdogs: scientist Anu, streetwise poser Octavio, and the cyber-wheelchair-bound frogurt-flinger Fran.

A gorgeous-looking colourful trailer showing off a PvP(?) style first-person shooter with deck-building mechanics between furries.

The Lords Of The Fallen

What was supposed to be Lords of the Fallen 2 ends up being a reboot with no sequel number attached. Fair enough, since it’s been 9 years since the first game. For those not in the know, this one’s a dark fantasy Soulslike action RPG game.

Gamescom 2022 Opening Night Live unveiled a new gameplay trailer from Neowiz’s upcoming hardcore action RPG title which retells the story of wooden lying boy Pinnochio. Only instead of gusto and a cricket, he now fights with giant sharp swords and spells in a steampunk-esque fantasy landscape.

The long-awaited sequel to the Homeworld franchise (big epic space battles + colony-building) is coming soon, in the first half of 2023.

An indie game where you can play as either a good witch or a bad one. The two conflicting VO style in the trailer seems to allude that amidst the first-person action, survival, and archery.

The cult classic 80s B-movie horror film is getting an asymmetrical multiplayer PvP game from the creators of the Friday the 13th game. Out in early 2023.

The makers of Subnautica are switching up genres from survival games to a turn-based miniatures-painting-and-assembling strategy title.

Here’s a gameplay trailer from the anticipated sequel to the first game, which somehow skipped a number for comedy’s sake.

Poor hapless souls go through the trials based on the last few Outlast horror games. The game’s closed beta trials will last from 28th October to 1st November. 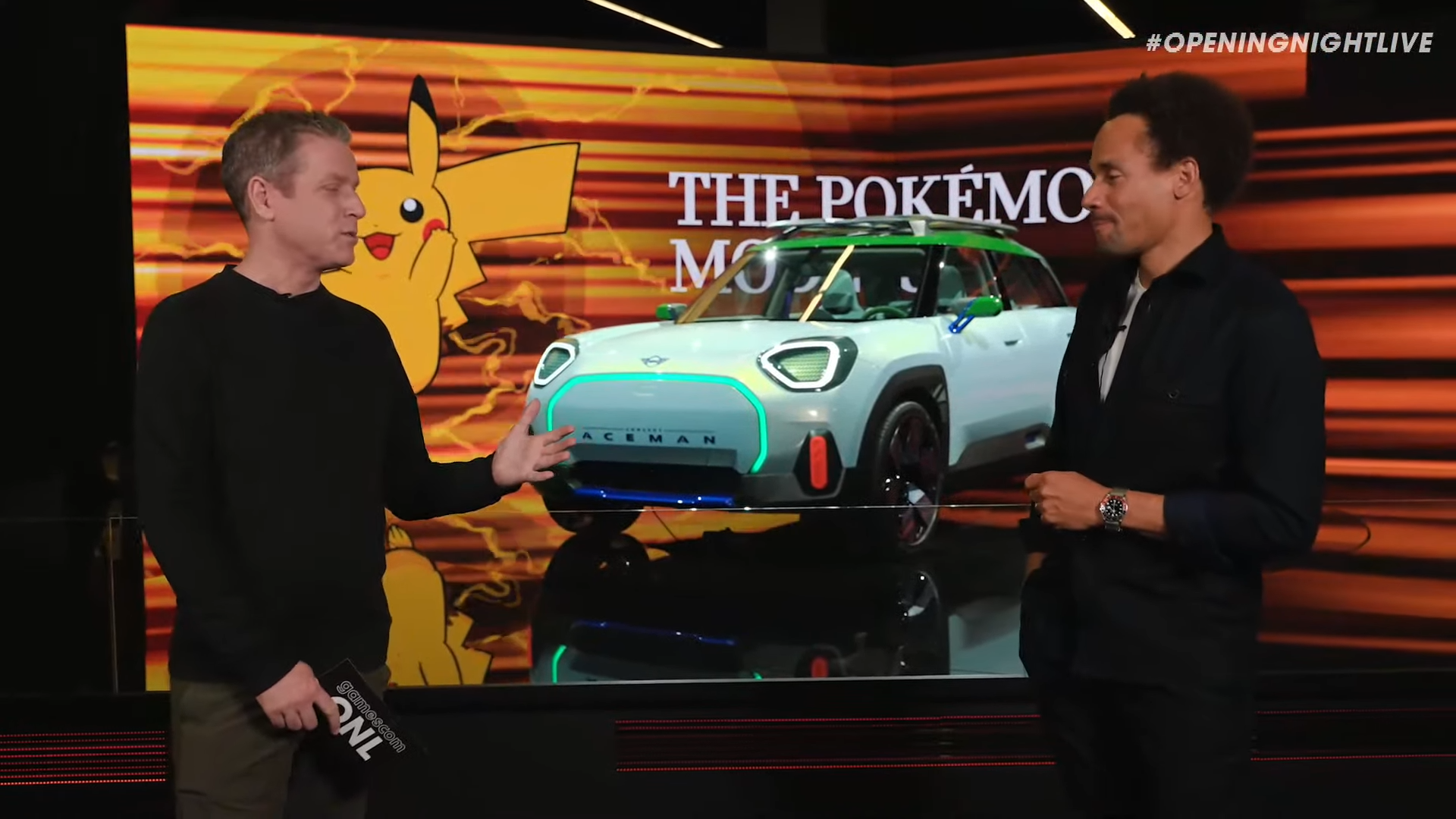 Of course one of the biggest video game companies making digital pocket monster RPGs will be teaming up with a renowned car company to make a game-centric version of its electric-powered MINI Concept Aceman car.

An open-world RPG from Bethesda and Obsidian veterans.

Action RPG plus loads of sand to surf on equals a new title from longtime devs Deck 13.

We get to see the villains you fight in the upcoming No-Batman-but-Bat-Family action title from Warner Bros.

The biggest surprise of Gamescom 2022 Opening Night Live. This long-forgotten and delayed game is coming out early next year in February. Check out the gorey gameplay above; it’s open-world zombie-killing in first-person set in a hellscape Los Angeles with a tone that’s mimicking pulp action films of the 70s and 80s.

Square Enix released a 10-minute video featuring the open-world game’s combat and environments. Despite the recent ad campaign, Forspoken looks like a lot of fun when the main character shuts her mouth.

Not a clothing store, but a sci-fi first-person thriller game.

The Dark Pictures Anthology: The Devil In Me

The Dark Pictures Anthology The Devil In Me opens its doors to a whole new cast and terrifying story. This trailer gives a short but disturbing tour of what’s to come for its unsuspecting cast.

A stealth game where you play as a raccoon.

The Last Case of Benedict Fox

Gamescom 2022: All The Announcements & News